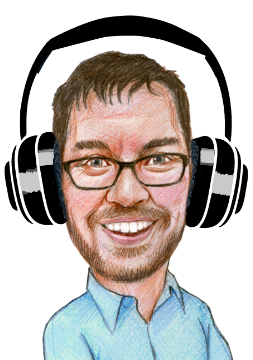 Maybe I am a little biased, but writing a review of a George Strait album feels a little like saying, “Water is very good.” Rarely has a man of only 58 years attained such influence. More than this, he is still at the top, churning out hits routinely and consistently as we speak.

According to Wikipedia (for what it’s worth), Mr. Strait has performed an amazing 44 Billboard #1 Country singles. Counting all charts, the number stands at 57, a record for any artist in any genre. If anything, the roughly 69 million albums sold in the US understates his influence. When MCA Nashville released 50 Number Ones in 2004, it seemed insufficient (and it was).

As we come to his eponymous album released in 2000, it is situated as the nineteenth of twenty-five studio albums released between 1981 and 2009. Though this release is apparently the only one not to sell at least one million units in the US, I think you’ll place it among his best. Listening to the album is, unquestionably, a most pleasurable 35 minutes.

“If You Can Do Anything Else” is a humble appeal to a woman to do the best she can, but the protagonist says she should feel free to settle for him. “Don’t Make Me Come Over There And Love You” is a frank ode to a woman’s charms: “I don’t need any explanation/For why I crave all your honey-talk…” The third track is the quintessential country song, and while it’s hard to believe George would ever be “the other guy,” he elevates a clichéd song to something enjoyable.

The next is a swingy, humorous take on falling to pieces. “Which Side Of The Glass” is about perspectives, and while it doesn’t immediately grab, when Strait states the different opinions, something about his earnestness takes the line and makes a great song: “Some folks think it’s teardrops/Me, I think it’s rain…”

The final track is a nautical heartstring-puller that will suck you into the story of Sam and Katherine. It’s the third of my track picks, along with the seventh and “Go On.”

Perhaps you could gripe about the consistent love theme, though that would overlook how good these songs are. The weakest track is “Home Improvement,” and that ain’t saying much. Artists would kill for an album (or career) this consistent.

I rate all 10 tracks as good or great. I grade it an “A” because it remains rock-solid over repeated listens. The legend does nothing to diminish himself here and does plenty to add to it.

Next time, we will travel out of the country and visit a ‘80s teen idol who returns to rock us (MCA Nashville, $8.99 digital download).

Jason Kettinger is a contributing editor to Open for Business.