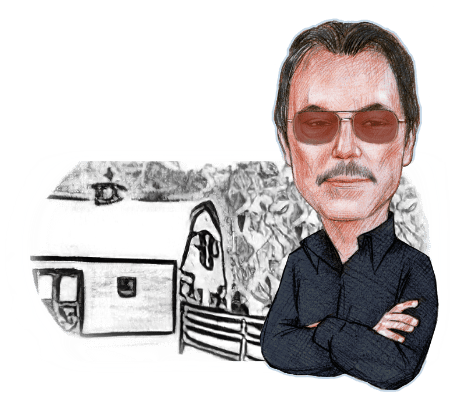 The View from Mudsock Heights: Re-Learning the Art and Science of Tomato Growing, Just in Time

When the weather has been so cold and so awful for so long that (groundhog predictions notwithstanding) it seems the spring will never arrive, there’s only one thing to do: Think about tomatoes.

Yes, there will come a day when the ground is not frozen, when working the soil is possible, when the nice damp brown garden is punctuated by the perky green optimism of newly installed tomato plants. Remembering that fact goes far in reducing winter’s woes.

It was not, though, quite that easy for me this year. The reason is, the last two years my tomato crops have been just terrible. In 2009 I got not a single edible tomato; last year, after a very promising start, the tomatoes all went bad, rotting on the vine.

If I were going to salve seasonal sadness with thoughts of good bread and real mayonnaise, crisp bacon and thick slices of tomato, I would need to learn what went wrong and how to avoid it happening again. I made some calls and was led to Sally Miller, Ph.D., a plant pathologist at Ohio State University. After a few minutes’ conversation, I realized that last year’s crop and the one before were far from surprises — the wonder is that I ever had a good tomato crop at all. I have been doing many things wrong.

To start, there are three kinds of blight that bedevil tomatoes. I’ll refer to them as “the blight,” because generally speaking they can all be handled pretty much the same way. They are more likely to appear when the summer is wet — that’s why there was a blight epidemic two years ago, but it wasn’t as bad last year. They cannot be entirely prevented, but they can be battled. 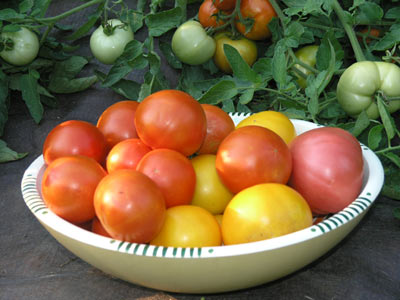 The first thing to do is to clear away all the debris from last year’s plants. One kind of blight can leave its spores therein. The pieces of old, dead tomato plant need to be taken far away from the garden and buried or burned or otherwise well and truly eliminated.

It turns out, one has to be careful in selecting tomato plants. There are none which are immune to blight, but there are some that are “tolerant,” which means they put up a fight. Sadly, the popular “heirloom” tomatoes are not among these. When shopping for plants this year, I’ll look for tolerant ones.

The hardest part for me will be limiting the number of plants I put in the ground. Invariably I get too many plants and, despite my best efforts to keep separation between them, I end up with a tomato jungle. This allows disease and unwanted critters unfettered access to the whole garden. I go to the store with reasonable intentions, but then I see this variety or that and think that there would be no harm in planting just one more, and soon I have 18 plants growing in a space that is probably right for 10 at most. This year I vow to get back to the basics: two ordinary red tomato plants, two beefsteak, and two yellow ones. It is my hope that the cashier, after ringing up those six, says, “I think you’ve had enough” and sends me home.

Keeping a distance of several feet between plants may help me avoid another mistake Dr. Miller tells me I have been making. I’ve been watering my tomatoes incorrectly. My method of choice lo, these many years, has been to get out the hose and go at it with wild abandon, as if the plants were small children seeking relief on a hot afternoon. No and no! While some plants want to get good and dry before they’re watered and enjoy it when the foliage gets a good soaking, tomatoes are not among them. Wet foliage is just what the blight wants. Instead, the trick is to keep the soil consistently moist, and to try to keep water off the leaves and stems. A soaker hose is good for this, she told me, but careful watering early in the day works, too. There’s not much we can do about rain, but absent an especially wet summer rain won’t be a problem.

Should the blight rear its ugly little fungal head, cutting away the affected parts helps. There are also products — even organic ones — that kill the blight. These contain copper, need to be applied every week or so, and require that the tomatoes be thoroughly washed before they’re eaten. With any luck, I won’t need them.

Alas, the chief lesson I took from my conversation with Dr. Miller is that it’s likely that the blight is the least of my concerns, that after decades of growing tomatoes I did not seem to have the slightest idea how to do it correctly.

This year will be different. I can’t wait to get started.

After all, summer will be here before we know it.

Tags: the view from mudsock heights
Article Path: Home: Culture: The View from Mudsock Heights: Re-Learning the Art and Science of Tomato Growing, Just in Time

Pingback: Twitter Trackbacks for The View from Mudsock Heights: Re-Learning the Art and Science of Tomato Growing, Just in Time - OFB.biz: Open for Business [ofb.biz] on Topsy.com