In a year filled with election twists and turns, the pièce de résistance could very well come up at one of the three presidential debates. So, how did the first debate go on Friday? OFB editor-in-chief Timothy R. Butler and freelance analyst Jason Kettinger assess the aftermath.

Jason Kettinger: The first 20 minutes were the mindless bromides that indicate both these candidates think we are stupid. But the rest, with its foreign policy emphasis, struck me as really significant. That is, we were treated to the national conversation on the use of force in basic outline: national honor (and sense of self) versus strategic prudence.

Given the fact that the strength of Al-Qaeda in Iraq is unknown, our impending withdrawal's impact on that nation is unknown. Obama gave a more than adequate defense of his own view in contrast to the once-dominant neoconservative view (which McCain still holds).

I was actually very impressed with Obama's defense of 'without preconditions.' Yet McCain almost trapped him here into a mistake, noting usefully, “Low-level meetings like this already happen all the time.” The question becomes, “What impact will Obama's outspoken articulation of such practices do to his own position in negotiation?” That's the weak point. It is clear that he has no sympathy for our enemies. But if they think he does, or that they can take him for a ride, that could be highly problematic.

The discussion of Afghanistan was highly useful on both sides. As Obama spoke, I thought, “I can tell he's read the International Crisis Group report on Afghanistan.” I was also in agreement with McCain that Petraeus should go fix Afghanistan at his earliest opportunity.

If this election turns on the means by which the economy is improved, McCain wins. If it turns simply on the fact that it is bad, Obama wins. Democrats, as usual, are worthless on economics. But as this was a foreign policy debate, I'd say it's 1-0 Obama if you're scoring at home. 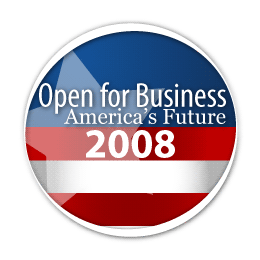 Timothy R. Butler: Often one’s first impression on a subject is the best one – it is the impression given before piles of analysis distract from the matter at hand. And, so it is, I believe with the debate. At the end of the debate, it seemed clear to me that it was essentially a draw, and I still believe that to be correct. Since then, assessments have come out ranging from declaring it Sen. McCain’s best performance ever, to those saying this was Sen. Obama’s major coup and fatal blow to the McCain campaign. In point of fact, I suspect when cooler heads prevail, it will be considered a tie, with little significance to either campaign.

Sen. McCain did a fine job of showing the naïveté of Sen. Obama, while Obama himself held up well and pulled some good punches against McCain. McCain is well known as the foreign policy expert of the two men, and I think that reputation held him in good stead during the debate. That said, debates are often more about how many zingers one can throw in than how knowledgeable one is, and in that test, McCain’s decision to devote his time to helping broker a deal in Washington took its toll – McCain was sharp and confident, but he missed numerous opportunities to drill his point against Obama home in places where Obama was vulnerable. That was not McCain at his best.

The Arizona senator also missed the chance to explain why he put “country first” by going to Washington, rather than saying “call me if you need me,” as Obama did. A quick, “I’ve put this debate in turmoil because duty calls before everything else, and this week my duty was as a United States Senator” would have started the debate off on McCain’s side heavily.

Still, McCain did put Obama somewhat in his place on experience, particularly on issues such as meeting with tyrants without preconditions. The problem for McCain is not that these arguments aren’t true, but that they have already failed to stop the Obama juggernaut during the Democratic primary and it seems unlikely they will work any better the second or third time around.

Perhaps the most notable component was not any of the subject matter – the discussion rarely got far from the stump speeches of the two campaigns – but Obama’s reactions to McCain’s remarks. It was Sen. Obama, not Sen. McCain, that seemed to have a flaring temper. What should we make of that?