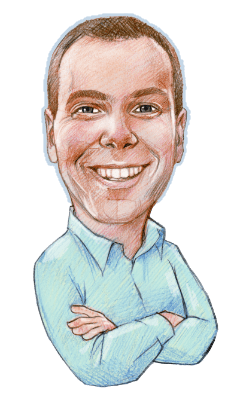 Timothy R. Butler is Editor-in-Chief of Open for Business. He also serves as a pastor at Little Hills Church and FaithTree Christian Fellowship.

By Timothy R. Butler | Nov 16, 2022 at 10:29 PM
Mechanical keyboard makers generally fall into two broad categories: established gaming peripheral companies and a series of upstarts, like Keychron and Epomaker, focused purely on mechanical boards. Wombat Keyboards is neither and, like the company, its Pine Pro keyboard feels like a unique entry into a market flooded with very similar offerings.

At the height of the rage around the first consumer marketed Hummer, later rechristened the H1, I remember getting the chance to climb into one at the nation’s leading dealer of that incredibly robust SUV. The vehicle was capable of tackling terrain no car I’ve ever owned could, but also was incredibly basic on certain creature comforts. This is a professional tool. That analogy aptly fits the Das Keyboard MacTigr, the curiously spelled, newly released keyboard from Metadot.

The Choices are Great -- and Clearer than Before

Yesterday was an odd twist between the last few years’ big iPad launch events with the familiar, high gloss Apple keynote live streams and the occasional minor update to Apple’s product line that only solicits a press release. A 10 minute mini-keynote showed off the new low and high-end iPads, and like the format twist, these iPads are neither small nor large changes from the existing line. But the changes do help make the whole lineup make more sense if you’re in the market for a tablet.

Fraud Wasn't Even the Worst Part

By now most of us know the unpleasant drill. The credit card company calls or texts you and says there appears to be an unauthorized purchase. Somehow, that happened (near as I can tell, merely coincidentally) on three different accounts for me within a week in July. One has turned into a continuing pain months later: Apple Card. Some of this is a fault of the card, but the greater fault lies in a weak bit of design in Apple’s platforms I otherwise love.

Now Is the Time to Stop Putin

After seven months of horrifying war, the last few weeks have been inspiring as the Ukrainian Army, with the help of western weapons and local courage that no weapons could provide, have reclaimed swaths of occupied land. Russian dictator Vladimir Putin is not one to give in, though, and his speech today makes that point, if anyone was in doubt.

How to Go on Vacation Without Going

Everyone loves to show off some photos of their latest trip or family party. So, here I’ll share some to start off this week’s column. Never mind if you would rather not see my family’s party or my vacation — these aren’t those anyway. I’ve been under-the-weather and keeping my distance from folks. Here’s another secret though: they aren’t anybody’s.

Two ruckuses that have occupied our society the past couple of weeks have gotten me thinking a lot about truth. One came from the Left and one from the Right. One was Liz Cheney’s loss, one student loan debt forgiveness.

A Belief Worth Dying For

A friend recently asked me to chime in on a Twitter conversation in which someone was asserting that Jesus’s disciples did not die over their belief in the Resurrection. Sometimes Twitter arguments can be completely useless, but this one seemed to include some genuine discussion and, as obscure as arguing over why someone died millennia ago may seem, in this case, it means quite a lot.

Unique and a Typist's Dream

The B21 doesn’t look like an ordinary keyboard. Crowdfunded in mid-2021, it appeared with its two brightly colored knobs ahead of present onslaught of turny-thing keyboards. Relegated to Indiegogo while Epomaker nearly simultaneously launched the more conventional AK84S on Kickstarter, the B21 felt almost forgotten. But it hasn’t been on my desk.

Today’s rain would have altered plans, if today were thirty years ago. Thirty years ago, my family was sitting at a table on pea gravel under our deck eating a meal together, chalk on the concrete foundation proclaiming the venue “Augusta the Third’s” — a pop up eatery in today’s parlance — to celebrate my grandparents’ fiftieth anniversary. And they were ecstatic.